Navirec helps monitor the drones of the National Defense Academy

The Academy of Internal Affairs (AIA) is a unique educational institution in the world because the study related to the internal security of the whole country is united in one organization. The College of Rescue, Finance, Justice, and Police and Border Guard offers professional training and a master’s degree from the Institute of Internal Security.

The AIA drone center was established a few years ago, mainly for educational purposes. Drones are also used successfully by the Police and Border Guard Board in their daily work, for example, to observe scene locations, plan activities, search for people, and much more. During the COVID-19 outbreak, drones also checked compliance with restrictions on people’s movement in several areas.

The cooperation between the AIA drone center and Navirec has been going on for some time now, and the results are very satisfying.

Navirec increases the usability of drones

According to Andres Mumma, the head of the AIA drone center, such a possibility allows them to engage drones in much narrower and more sensitive areas. “I appreciate this kind of flexibility,” Mumma added.

Cooperation is hoped to be expanded

After the first experiments with GPS tracking, the drone center is more than satisfied with the Navirec solution. It is hoped that cooperation will be further enhanced in the future.

The Navirec API is expected to interface a third-party data cloud with the solution soon. For example, it would allow drone data to be sent directly to air traffic control systems. Smaller drones to be made visible to the controller if necessary.

In the Pirita-Viimsi area, the monitoring capability of UAS4G Parrot Disco was tested a week ago with a test flight of observation of campfire and swimming areas.

Air traffic control was performed from a classroom equipped with large screens from AIA. Later, the exact flight route was viewed on a map using the Navirec surveillance solution.

“Because the drone uses communication with the control center over a 4G network, its accurate and real-time positioning with the Navirec system is especially important, as we can fly a fairly long distance (one end up to 30 km),” explained the head of AIA’s drone center.

In the video below, you can watch the UAS4G Parrot Disco test flight!
(Source: AIA’s drone center video recording)

GPS tracking is not just for cars

The need for GPS tracking is mainly associated with land vehicles. Still, in reality, the scope of Navirec’s logistics solution is much more extensive. In addition to cars and heavy trucks, tracking devices are also installed on aircraft and watercraft, and small equipment such as lawnmowers, motorcycles, ATVs, etc.

Navirec’s customers use the logistics solution for a wide variety of purposes – reducing fuel consumption, locating vehicles, identifying the driver and his actions at the wheel, keeping an eye on vehicle maintenance, monitoring the temperature in the cargo area, and much more.

You can find out more about all Navirec solutions HERE 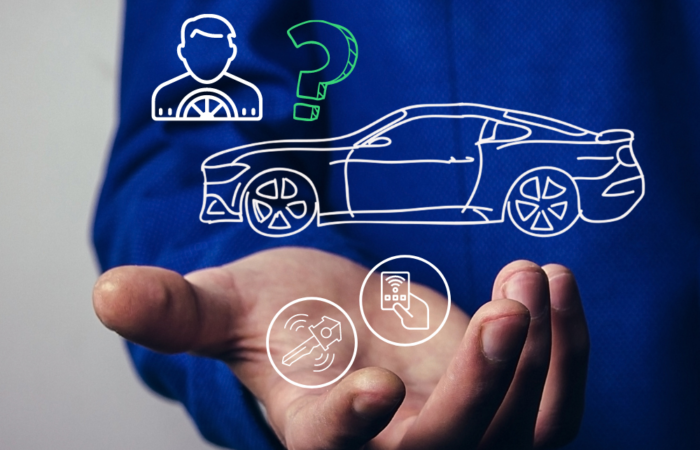